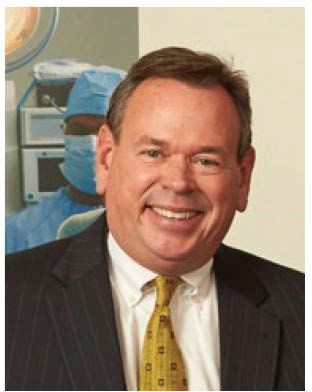 According to U.S. News & World Report, health officials are predicting the upcoming flu season to be severe. Hospitals are scrambling to address the risks presented by increasing measles cases, flu contagion, and prevention of the spread of the multidrug-resistant fungus Candida auris (C. auris). More healthcare systems are reviewing existing health-tracking policies of employees and vendors to prevent unnecessary exposure to both patients and staff.

Over the years, hospitals have fought their way through requiring flu shots for all employees. The task was more difficult than expected, with nurses and others filing legal action against employers to protect them from the immunization mandate. One settlement required attending medical staff who refused flu vaccines to wear an N-95 respirator during the flu season instead.

The impact of tracking immunization records is also expanding beyond the hospital staff and now includes vendors and contractors who perform work in the facility. Many hospitals have already initiated immuni­zation tracking for outside suppliers, while others are in the process of modifying contractor policies. Ques­tionnaires have been modified to inquire about mea­sles immunization since measles cases in the first six months of 2019 have skyrocketed to over 1,100, the highest number reported in the U.S. since 1992, according to the CDC.

Measles quarantine
Recently, two West Coast universities had to quarantine students and staff who may have been exposed to measles. The quarantine duration ranged from days to weeks. According to the Los Angeles Times, one student alone may have exposed 500 people to the illness, further demonstrating how quickly the illness can potentially spread. Hospitals cannot afford to have a quarantine declared inside their facilities where patients, staff, and visitors would be required to remain until testing results are available. Consequently, risk prevention plans are quickly being formulated.

Emerging superbug
The CDC has confirmed more than 790 cases of the emerging superbug C. auris, with infection resulting in a potential 30% death rate. Cases are continuing to climb, and the drug-resistant fungus is very difficult to control. Updated education for clinicians and environ­mental services technicians is needed to understand the risks and adjust protocols.

The trigger for understanding the impact of this fungus was an eye-opening article that appeared in The New York Times on April 6, 2019. Authors Matt Richtel and Andrew Jacobs provided an in-depth look at the seriousness of C. auris and the fear that this potentially deadly infection is creating even among hospital staff, including physicians.

Dr. Matthew McCarthy, who has treated several C. auris patients at Weill Cornell Medical Center in New York, described experiencing an unusual fear when treating a 30-year-old man in an excerpt from the article: “I found myself not wanting to touch the guy,” he said. “I didn’t want to take [the fungus] from the guy and bring it to someone else.” He did his job and thoroughly examined the patient, but said, “There was an overwhelming feeling of being terrified of acciden­tally picking [the fungus] up on a sock or gown.”

Individuals with the flu and measles are contagious three to four days before they feel the symptoms. Recently, one health system decided to invoke a new policy to notify all outside contractors that if they are feeling ill, they are not to come to work. Many other systems are now asking for assistance in tracking worker immunization information to tighten restric­tions beyond internal employees.

C. auris is a fungus, not a bacteria, and according to the CDC, it can remain viable on surfaces for days or longer and can easily hitch a ride on dust particles. Some facili­ties have experienced such severe difficulty in mitigating this infection that portions of ceilings and flooring had to be removed as part of the cleaning process. Consequently, controlling airflow, access, and disinfecting techniques means revisiting protocols and policies.

Next Steps
Hospitals are adjusting policies and education pro­grams to provide a safe environment for patients, staff, and outside vendors working in the facility. Having everyone on the team understand issues related to potential patient exposure can make the difference between a good hospital and a great hospital.

EDITOR’S NOTE:
Wellington is the co-founder of Infection Control University and CEO of Wellington Environmental. He is a member of APIC and ASHE and has more than 30 years of experience in managing infection risk. For more information on this topic, email [email protected] or visit http://www.infectioncontroluniversity.com